Pop band Squeeze has been going strong since 1974. As one of the few survivors of the British new wave era, their commercial light rock sound has made them high-flyers for more than four decades. The group is still fronted by the two founder members, Chris Difford and Glenn Tilbrook.

They formed when 20-year-old vocalist, songwriter and guitarist Difford advertised in a local shop window in Deptford, London, for a guitarist. Tilbrook, who was 17 at the time, replied and they struck up a prolific song writing partnership. Drummer Paul Gunn and keyboard player Jools Holland joined them soon afterwards.

They called themselves Squeeze after the 1973 LP by the rock band Velvet Underground. After winning a record deal in 1976, they had their debut hit, Take Me I’m Yours, in 1978, which peaked at number 19 in the UK singles chart. To date, they have released 48 hit singles and 33 albums.

Second album, Cool for Cats, released in 1979 on A&M Records, was certified silver in the UK. The band released the title track as a single, which went to number two in the UK and launched them on the international market.

Written by the now established team of Tilbrook and Difford, the song was one of only three songs when Difford sang the lead vocal. The duo were inspired to write the song by the UK television series, Cool for Cats, which was hailed the first UK “youth show” in the 1950s.

It featured the top rock and roll bands of the day and the “cool cats” were the bands and audience members, who were into the latest trends and music. Difford sang Cool for Cats in a pronounced Cockney accent, portraying an ordinary guy in a pub, enjoying inebriated banter with his mates.

He’s singing about “cool” guys (both real and fictional), including the American frontiersman, soldier and politician, Davy Crockett, whose exploits in the Tennessee military in the 19th century led to his legendary status.

Difford sings as a regular guy, who admires all-action heroes, while his own life is dull in comparison. After hailing Crockett, he says, “The Sweeney’s doing 90, ‘cos they’ve got the word to go,” in reference to the gritty 1970s television series, starring John Thaw. He talks of the action-packed life of the detectives, with their high-speed car chases and catching a “gang of villains in a shed up at Heathrow”, before going back to the police station.

Difford sings about how it’s “cool to be a cat”, or so everybody tells him. “I want to be so flash, I give a little muscle and I spend a little cash,” he admits, but he realises his own life, meeting girls at “the disco” and giving them “some old chat”, isn’t like life is portrayed on the TV.

By the time he’s sober, he’s forgotten about all his exploits anyway and realises his rather mundane life isn’t “cool for cats”, but he’s stuck with it.

Cool for Cats was the start of a massive series of chart successes, including Squeeze’s 1979 smash, Up the Junction, followed by Labelled with Love in 1981. Later that year, Tempted was their first big hit in the United States.

The song writing team of Difford and Tilford produced such classics as their best-selling albums, the gold certified Argybargy in 1980 and the silver East Side Story in 1981, and Babylon and On six years later.

In 1992, the single Cool for Cats was resurrected after it was used for a milk commercial and it hit the charts a second time.

In 1999, Difford and Tilford announced the band was splitting up and they both began solo careers, but eight years later, they re-formed Squeeze with a new backing band. Their success continued with an American tour in August 2007, TV appearances and more gigs in the US and the UK from 2008 to 2010.

The band continues to record new material, with their latest releases being an album, The Knowledge, and a single, Innocence in Paradise, in 2017.

Cool for everyone, including the cat!

If you want your premises to be Cool for Cats, and everyone else for that matter, Klima-Therm’s specialist air conditioning services will provide all-year comfort for your place of employment or home. Please contact us for details of our products and services.

The Energy Performance of Buildings Regulations

Any business with an air conditioning system must meet the standards set out by the Energy Performance of Buildings Regulations. The legislation has been put

The last day in the office before Christmas is traditionally a time when we begin winding down in readiness for the holiday season. For many

The Effects of Air Pollution

The effects of air pollution cause concern worldwide, as exposure to certain pollutants can lead to severe health issues. They can also have a harmful 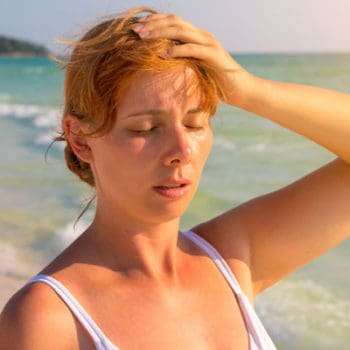